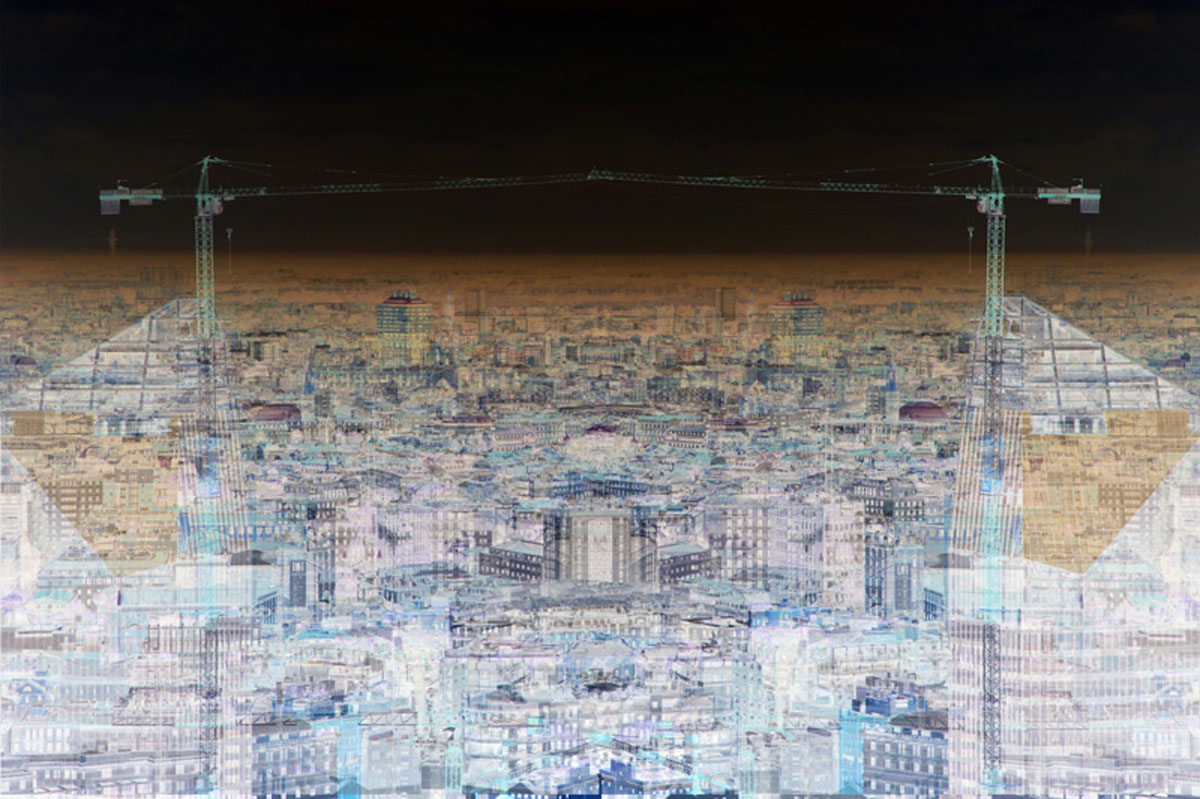 When years ago Christo came to Milan and wrapped up Leonardo’s statue standing opposite Teatro alla Scala, there were lots of complaints, also  from people who didn’t even know who the artist was. (Contemporary art has, among its features, the power of bringing stupid people into the open). Since we all often look but don’t watch, we understand but don’t rationalize, we feel deprived if something is concealed from our attention (even if later we can’t even remember what it was). Incidentally Christo wanted exactly to underline this aspect through his challenge. And yet nothing has changed: today all our cities seem alike and only when a shop changes its running or a building is renovated we realize that a city is a continuously throbbing place, where changes aren’t an exception but a rule. Photographers pay great attention to every aspect of reality and it is thanks to them that we can watch more carefully the world around us and the places we live in.

Francesco Corbetta carries out this attentive observation with incisiveness and expressive force, working simultaneously both on a classical level - that is using analogue photography and accurate shooting - and on a strongly contemporaneous level of aethetics. In order to reach this aim he performs both a technically simple action, printing the negative instead of the positive, and a bold action, since the outcome seems rigorous in its light conciseness. Therefore lines, structures and geometric patterns come out and their multiple exposures exalt dynamism: it is an action aimed at “reducing”, which grows in the coldness of colours. The game of returns to primary colours wrong-foots the observer and brings him down to a pleasant atmoshere, far from the chaotic chase along the city streets and close to a hanging dimension, where even noise sounds soft.
Francesco Corbetta gently takes us with him in his journey inside an urban reality, which seems to be made of crystal, crossed by light and hanging in an unexpected lightness. 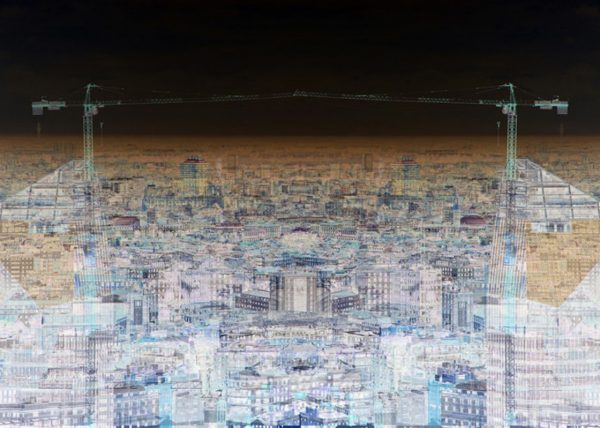 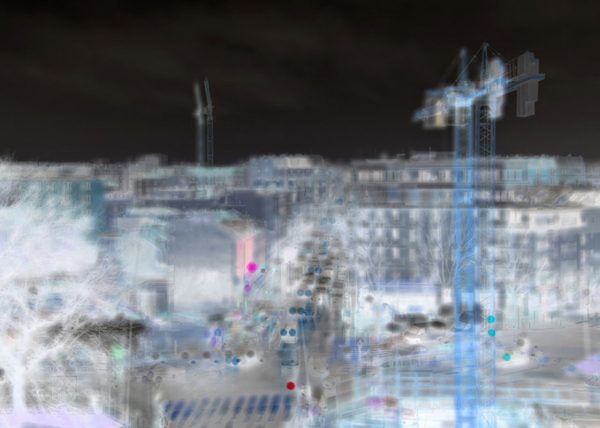 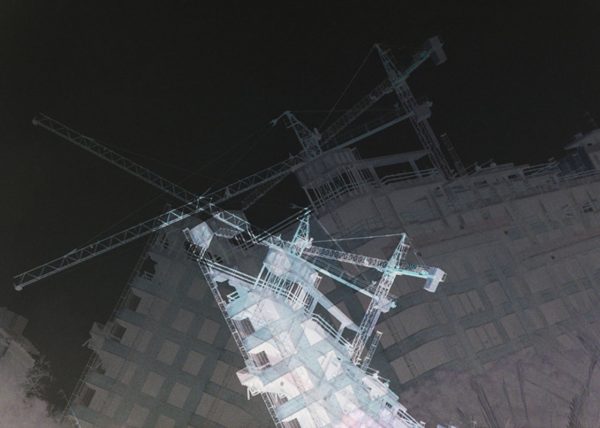 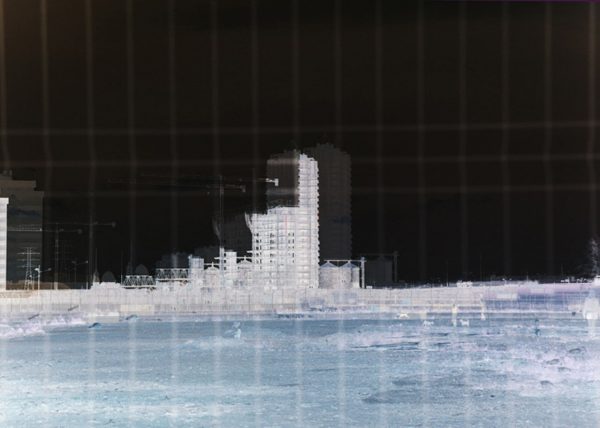 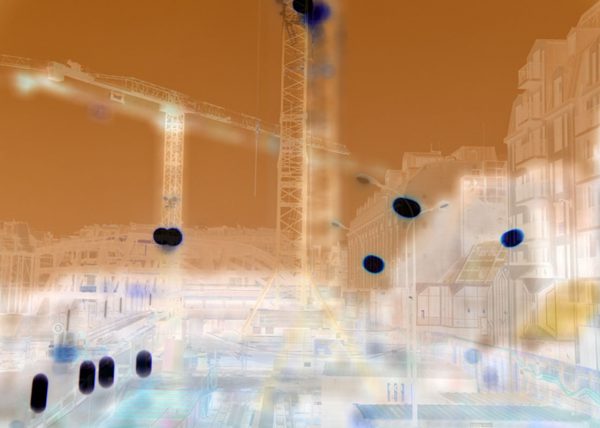 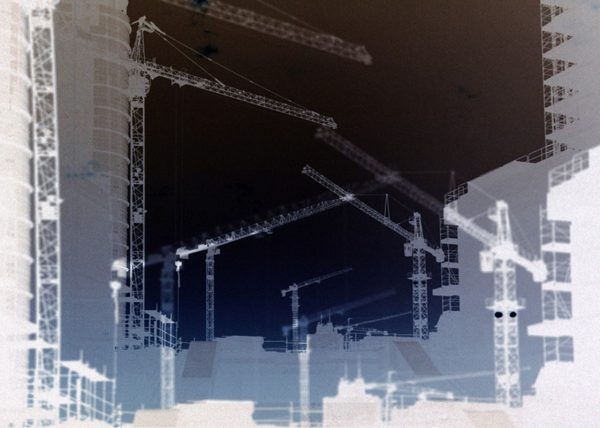 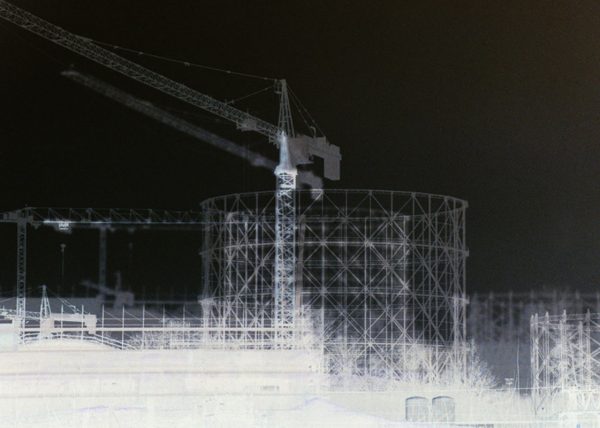