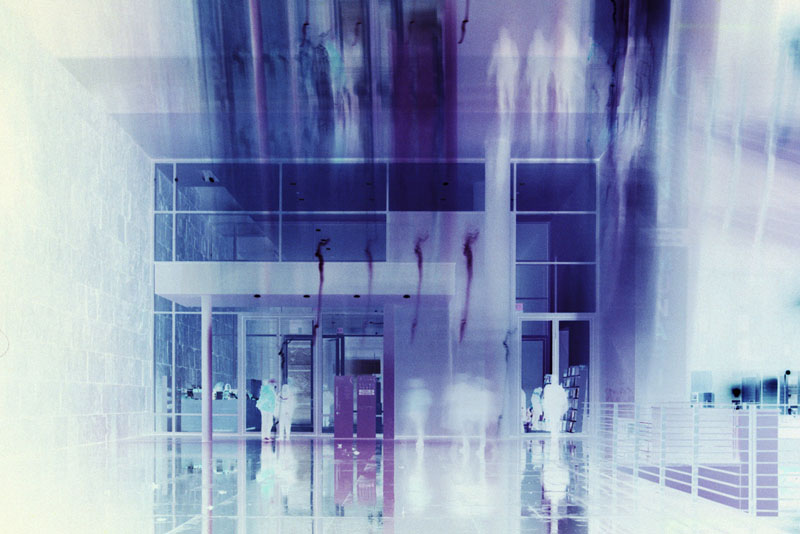 When watching a photograph by Francesco Corbetta I cannot avoid wondering: “What city are we in?” “What urban environment does this image refer to?” It seems as if I can see it clearly, but…….immediately after asking myself, these questions usually seem to be useless, or maybe useful just because they were asked, underlining a basic sensation. In order to examine a photograph, then, it is important to identify, more than the city or the suburb, the sense of disorientation which characterizes it. I know this term is generally considered as negative, that is to say as a synonym of something alien or confused. On the contrary I think of its derivation from the Latin word “pagus”, meaning “village” in an intesifying sense, a deeply rooted place, representing the opposite of “urbs” i.e. “city”. The disorientation - etimologically “sine pagus”, or villageless - was the condition of those who, towards the end of the XIX century, arriving in Paris from the neighbouring rural villages, lost the image and even the recollection of their “pagus”, the village they had come from, in the kaleidoscopic atmosphere of that metropolis. A strange, captivating and exciting sensation, halfway between confusion and rewarding agitation.

Fortunately, the XIX century is distant and now we know how to coexist in metropolis in a vaguely gentle way. But there are still places, and above all moments of the urban condition, where the space-time coordinates seem to collide, causing a sense of astonishment and uncertainty. Just to set things straight, I am not talking about the so-called non-places, those anonymous and neutral zones, investigated and even celebrated by the art of the 90s.

Francesco Corbetta’s pictures are a sort of hyper-places full of identities and perceptions, which blend and become stratified without consolidating: on the contrary they become paradoxically emptier and lighter while gathering. Places full of colours and life, often swarming with people, sometimes barely coming close to elegant melancholy, and yet radiating a sense of privacy and happiness. Sure, there is also a happy disorientation, as these photographs show: it is simply the other side of disorientation, its possible reverse. It’s not by chance that Corbetta’s pictures emerge from the chromatic reversal of his shots during post-production: an emblematic technique of research of the other face of reality, of its more intense and intimate side, which characterizes the work of this artist. 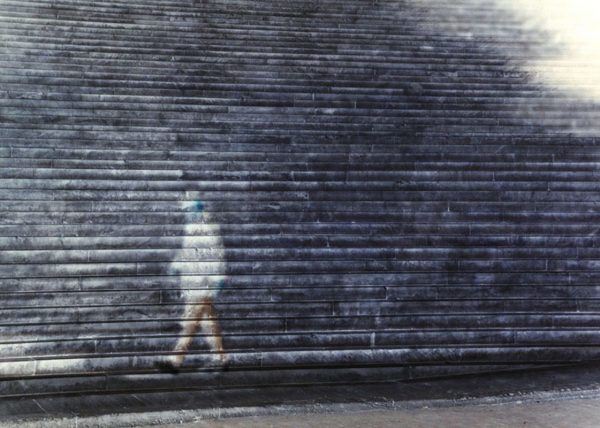 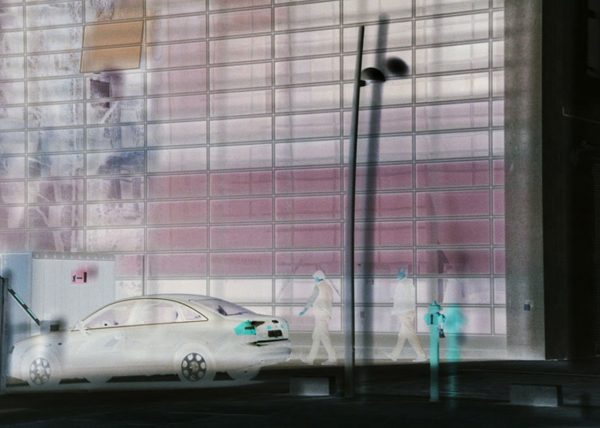 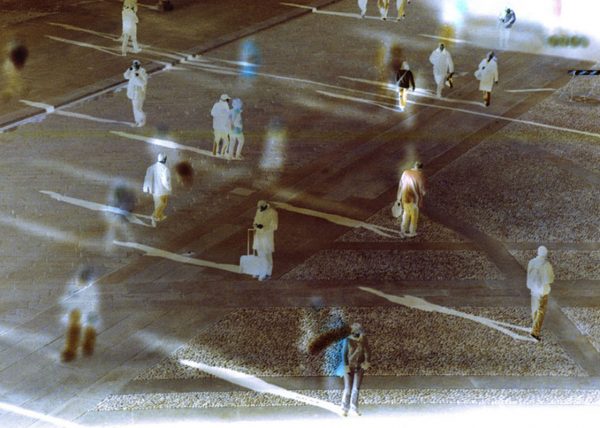 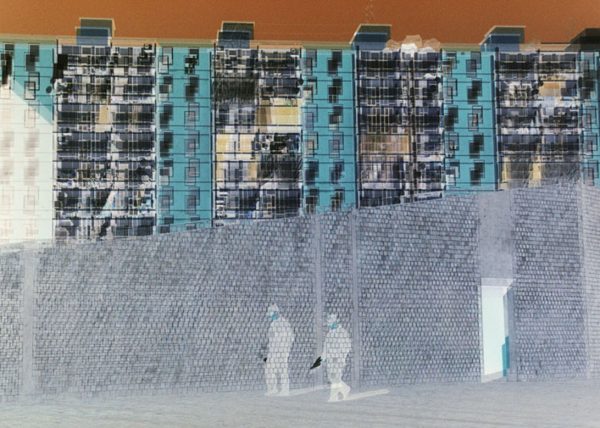 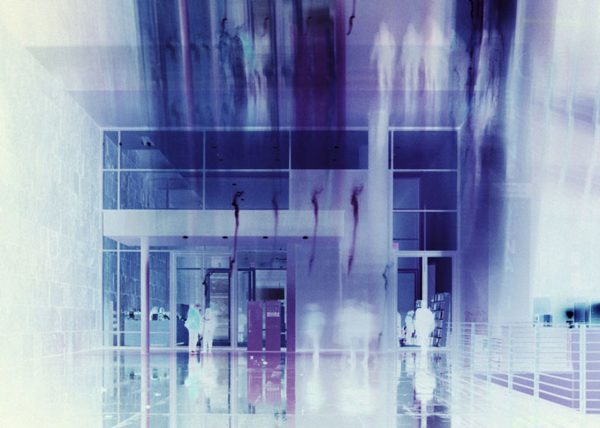 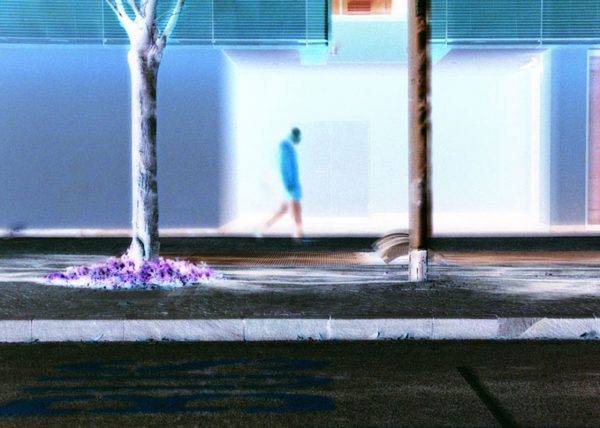 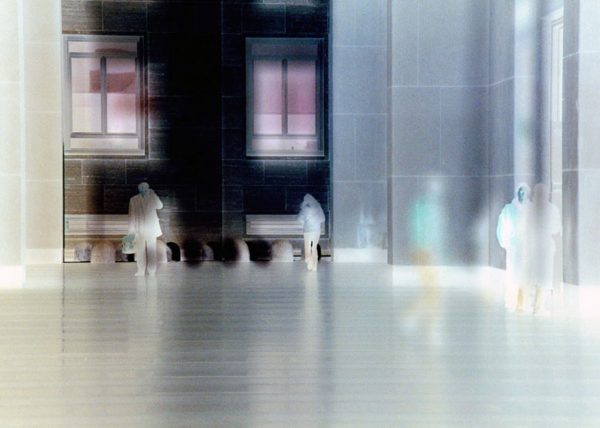 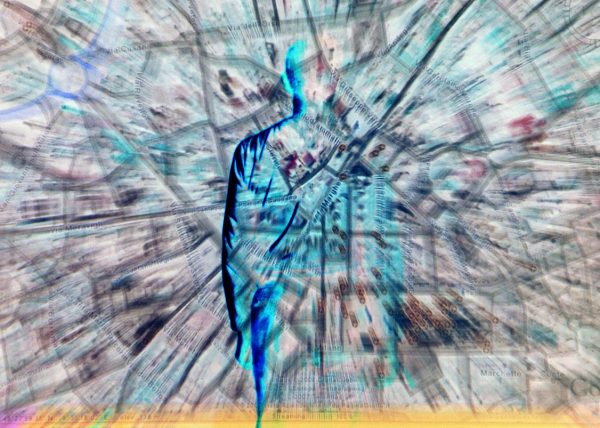